At the end of the month, curbside pickups at Los Angeles International Airport by Lyft, Uber, other rides hailing services, and taxis will be no more.

LAX officials announced today that all passengers wanting to call a car at the airport will now have to get to a designated lot just east of Terminal 1, either by walking or by hopping on a shuttle. Drop-offs at the curb, however, will still be allowed at terminals.

“Anyone who has come to LAX knows that traffic in the Central Terminal Area can get rough, and we have heard from our guests that the current system with ride pickups can be frustrating,” says Keith Wilschetz, deputy executive director for operations and emergency management at Los Angeles World Airports, which operates LAX.

Airport officials say the switch to a centralized pick-up lot is an attempt to reduce traffic in the loop that runs through the terminals—traffic that airport officials anticipate will get worse when construction ramps up on the airport terminals’ redevelopment and the automated people mover that will link the airport to the Crenshaw/LAX Line. 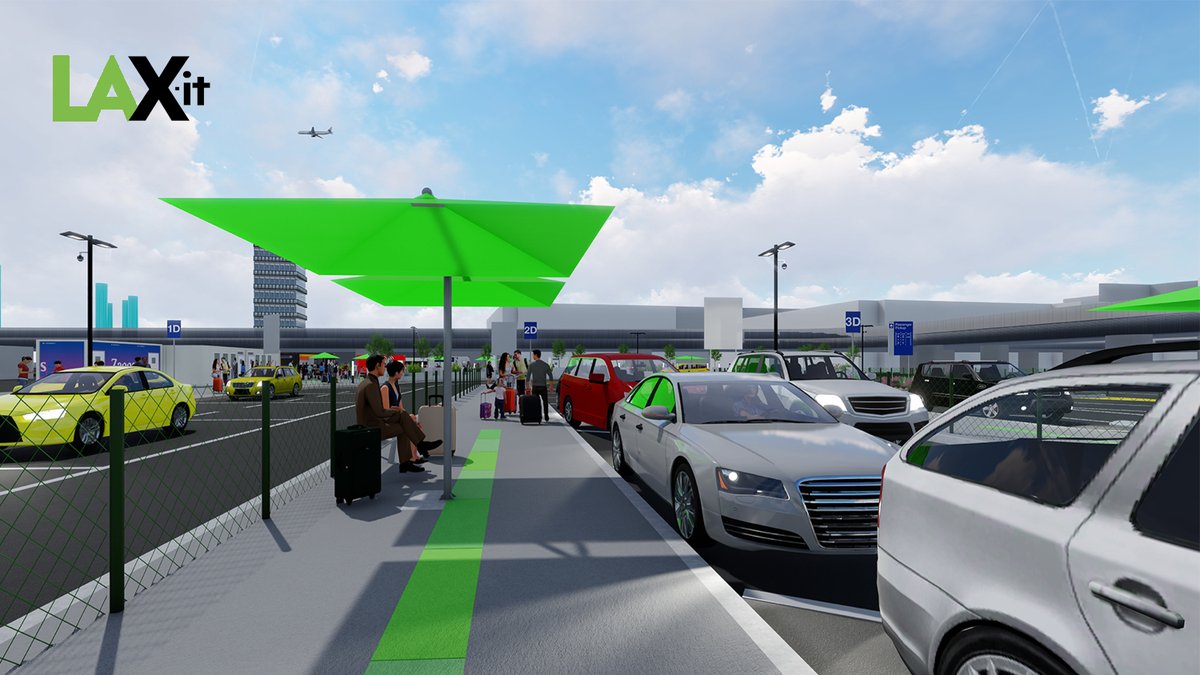 “We are being proactive in protecting our guests and neighbors from traffic that is bad and getting worse,” a LAX brochure about the new lot states. LAX tweeted that this move is expected to eliminate 15 percent of the cars that clog up the central terminal loop “while providing a way better experience.”

A statement from Uber says the company has “concerns” about the plan—including that the lot is too small. “We hope LAX will listen to and incorporate our input so that so that LAX passengers can continue to access rideshare service in a seamless way,” the statement says.

That increased traffic at the world’s fourth busiest airport is at least in part due to a number of increased travelers: A staggering 87.5 million travelers arrived at or departed from LAX last year—a 3.5 percent increase since 2017 and an all-time record.

The shuttle will run in a dedicated lane on the lower level (the arrivals level). It will come every three to five minutes during peak hours, according to LAX. A walk from Terminal 4, the farthest terminal from the lot, is likely to take about 18 minutes, the Los Angeles Times reports. A trip to the lot via the shuttle is expected to take about 15 minutes

The central lot, called LAX-it, will remain in service until the Automated People Mover opens in 2023.

Thank you for contacting us, we'll get back to you shortly.

Sorry, we are unable to send your message at the moment. Please try again later.